I help flavour-obsessed Home Bakers to

Do you want to create your own thriving Home Bakery Biz? Let me help you make it happen! 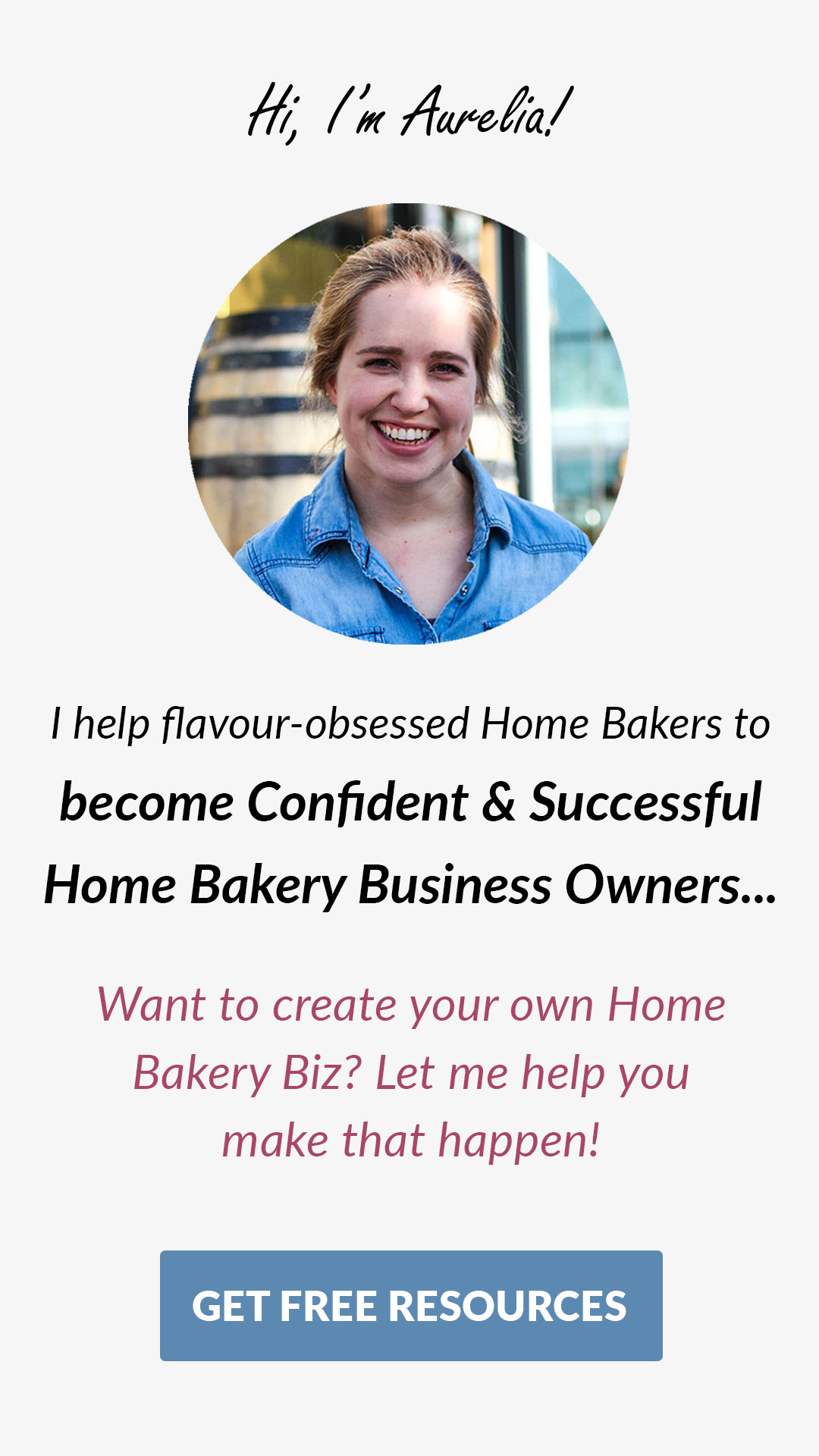 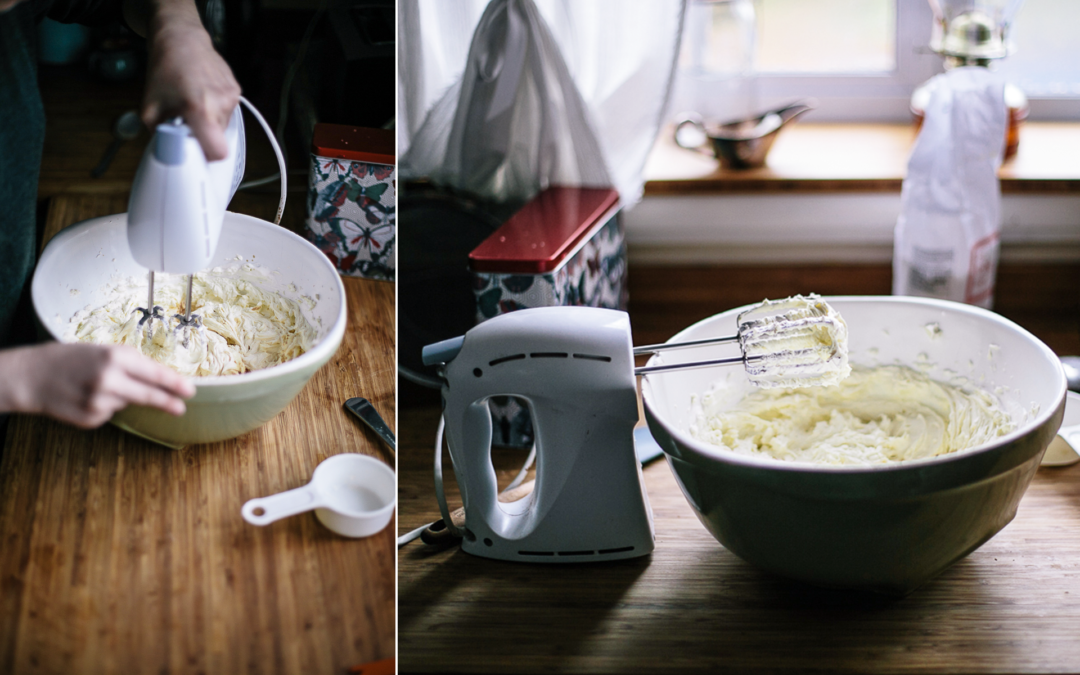 A few years back I considered Standing Mixers to be the superior mixing appliance in the baking world. To me, hand mixers felt like the poor unfortunate cousins of Standing Mixers that are constantly longing for the day they might evolve into standing mixers. I thought “if I could just get a Standing Mixer, I will never need a Hand Mixer ever again!”.

Hand Mixers are legit. There are some jobs that a Hand Mixer can do 10 times better than a standing mixer. They provide so much control! Another perk is that the tedious “scrape down the paddle & bowl” sessions are so much less with a hand mixer! I insist on making my Low Sugar Chocolate Frosting with a hand mixer. In a standing mixer it turns out lumpy and takes 3 times as long.

I’ve gone through my share of hand mixers as a full time baker. Some were amazing and some of them frustrated me a lot.

PLEASE NOTE THAT I’M NOT PAID BY ANY COMPANY TO SAY ANYTHING. THIS POST IS NOT SPONSORED IN ANY WAY.

I’ve also decided to flex my I-actually-have-an-architecture-degree-and-can-draw muscles this week! Yay! The sketches should help you understand what I mean. I hope you enjoy my little, super technical, super beautiful sketches. I’ve even framed them like  the pro doodlers do these days.

1. The Base of the Hand Mixer

By this I mean the side of the Hand Mixer you put down on the counter when you’re not using it. If the base is too small, the Hand Mixer will keep toppling over time and time again! It can become blindingly frustrating.

Be sure to buy one that doesn’t have crazy curves or roundings toward the base. It’s best when the body shape of the mixer goes straight down into a completely flat surface.

Some designers often try to be cute and add a creative little arch below the base of the mixer. It’s so impractical. A slight variation from a completely flat surface might not have too drastic implications. The best way is to test it.

Put the mixer on a flat surface and test its stability by pushing it with varied amounts of force. This is a technical way of saying “poke the mixer”! Lol! If it falls over easily, I would recommend that you keep shopping.

2. The Shape of the Beaters

Beater attachments are just beater attachments, right? I’ve come to see otherwise. My dear husband bought us a new fridge last year. He knew I was in dire need of a new hand mixer. I’m super particular about the appliances I buy and he knows this. The sales lady at the appliance store highly recommended a Bosch Hand Mixer and made him an offer he couldn’t refuse.

I was so skeptical about his impulsive buy, but it’s turned out to be one of the best hand mixers I’ve ever had. It meets a lot of other criteria, but the main reason I love this hand mixer so much is because of the unique little twist in the beater attachments.

These boys whip things up in at least 30% less time! It’s amazing! I assume that the slight twist agitates the ingredients just that much more during beating, speeding up the creaming/whipping process.

This little edge has saved me so much time over the past year! It’s not essential, it’s just super handy.

3. The Weight of the Hand Mixer

Have you ever made 7 minute frosting? Or a batter that needs to be beaten for 5 minutes? Even the lightest hand mixer can feel like lead after about 2 minutes.

On the flip side, it also doesn’t help if you get a super light Hand Mixer that falls over when you just look at it. I know I’m exaggerating, but we’ve all had an el-cheapo that falls over like 5-10 times a day. Not fun. Especially when there’s batter on the beaters and now it’s all over the counter. Sigh of note.

To me, the ideal weight of a hand mixer should be about 680 g (1,5 lbs) without any attachments. You can still go down to 650 g, but anything lighter than that becomes a bit too flimsy.

The weight of a hand mixer is not necessarily on the box, so be sure to take your scale with so that you can weigh it in the store. It may be nerdy, but it’s also kind of hard core when you think about it. Oh yeah. You know it.

4. Watts of the Hand Mixer

You get some powerful hand mixers on the market, but we’re not planning to use it to propel us across the ocean. On the flipside, you do want a rather powerful mixer that will get the job done, and get it done well.

350 Watts is my ideal. It’s really not necessary to go higher. You may go lower, it’s your decision. 350 Watts has just worked the best for me so far.

5. Speed Settings of the Hand Mixer

A turbo speed option is not essential. My current hand mixer doesn’t have one and I honestly haven’t missed it for a second.

In fact it’s actually more important that the slow speeds on your mixer are in fact SLOW. I’ve had 2 hand mixers where the so called “slowest speed” was actually really fast! Try to test this in store if they allow you to.

6. Price of the Hand Mixer

Have you watched “Midnight in Paris”? Rachel McAdams’s mother says on a few occasions “You get what you pay for. Cheap is cheap!”. I really don’t feel that’s true. Some famous brands have these stunning hand mixers, but they are so heavy and have a low wattage. Very strange, but true.

Price does not equal quality when it comes to buying a hand mixer. Specs equal the quality of the hand mixer.

7. Spinning Direction of the Beaters

This point is super important. Generally, we beat things with a hand mixer to incorporate air. Thus it is KEY for the ingredients to be forced to work against gravity i.e. starting at the bottom and ending at the top x 1,000,000.

Check the standing stability of the hand mixer you are considering. Do not compromise on this. Seriously. You can compromise on any of the other points, but not this one.

Try to get a mixer with twisted beater attachments to save you whipping time.

Get something that has enough power, but don’t go overboard.

Don’t go for pretty, go for practical. You will use this hand mixer almost every day. Pretty is a bonus. Pretty will also cost you a whole lot more.

Always read the specs of the appliance and decide according to that. Base your decision on the facts, not the brand name!

Check the spinning direction of the beaters – it should be from the inside out.

Don’t be too idealistic. Sometimes you’ll have to settle. What’s the best value you can get for your money? As long as your mixer has great standing stability, you should be fine.

And that’s it! I hope this post has shed some light on the process of buying a hand mixer. Have fun when you whip out your digital scale in the store to weigh the prospective hand mixer. Make sure you are wearing shades at the time and playing “Bad to the Bone” in the background 😀 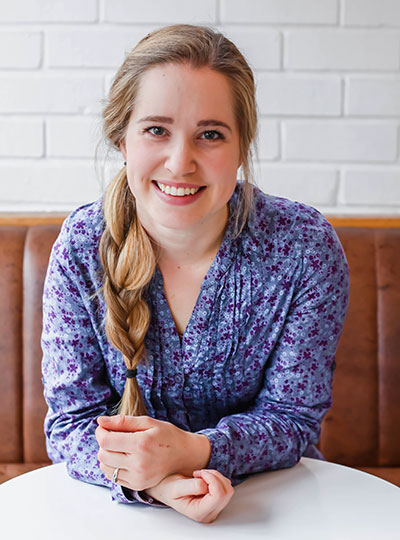 "Challenges are opportunities in disguise." - Rhon

With COVID-19 escalating you can FEEL the tension

Larger body, smaller body and every single size of

If someone told me this 7 years ago I would've SLA

What's been YOUR proudest moment in your baking jo

"So Aurelia, what did YOU do this weekend?" Truth:

"I HAVE to become like Cake Boss to make clients h 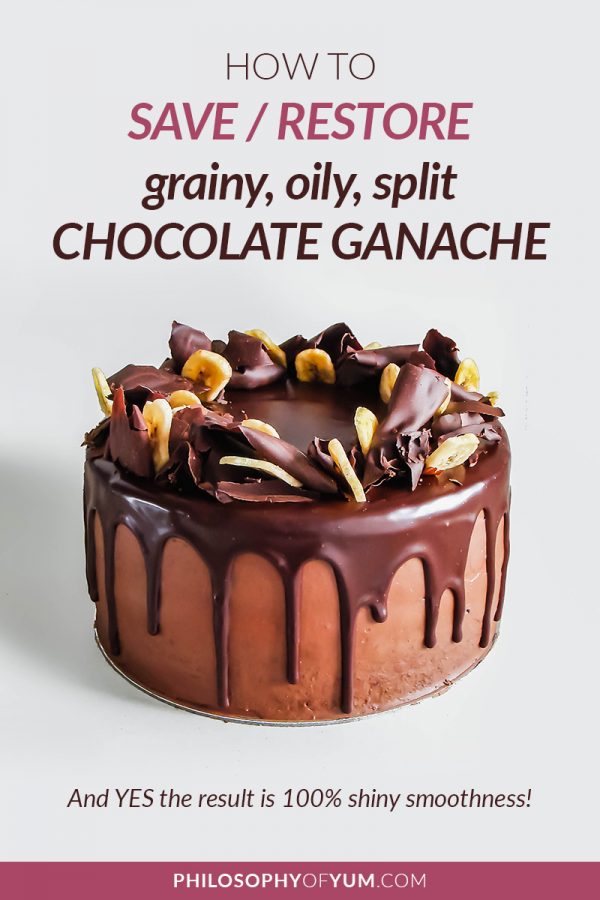 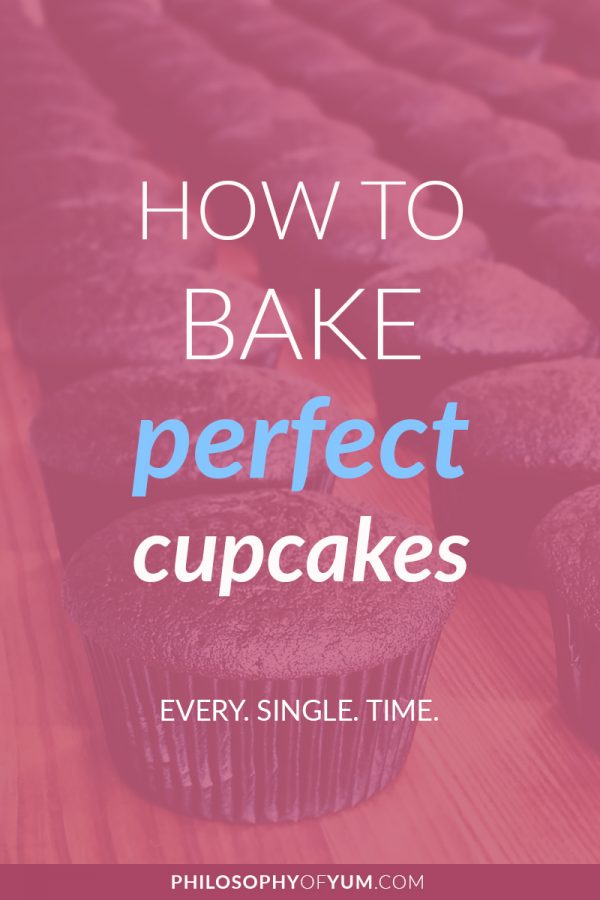 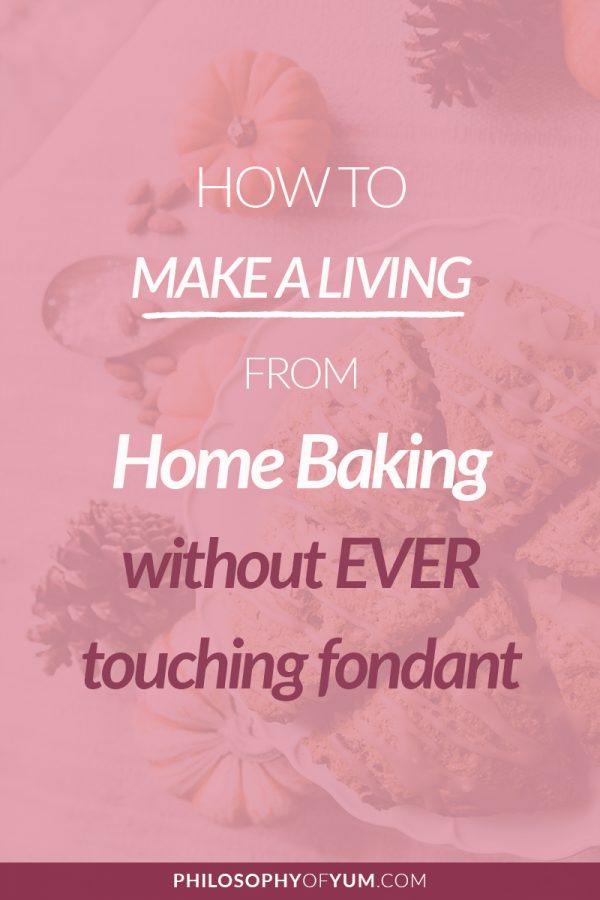 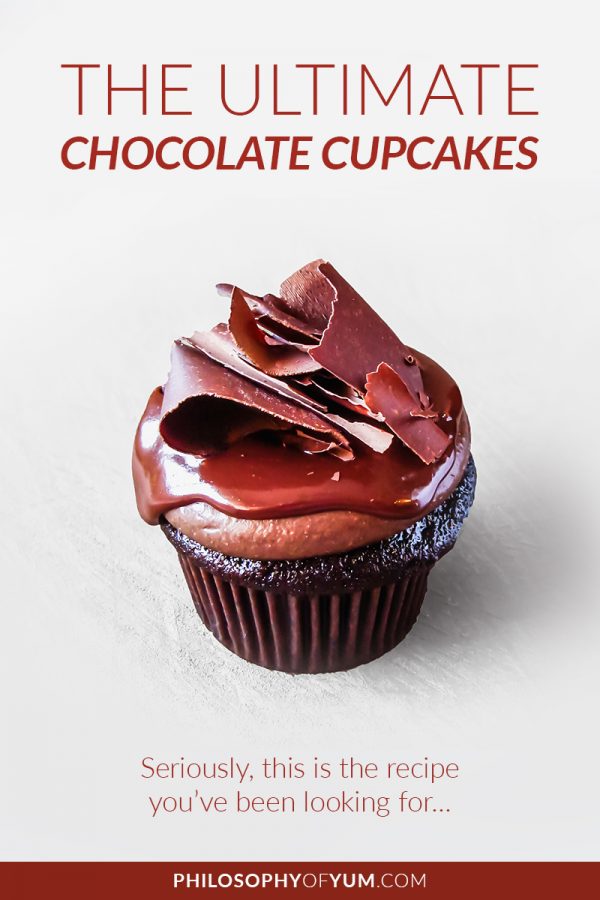